Leadspace More Than Doubles Customer Growth in Mid-Market and Enterprise sectors in 2016, as Momentum with Customers and Partners Increases.

Leadspace’s strong performance is also reflected in new additions to its roster of high-profile strategic partners, as well as the enlistment of an impressive array of industry experts into the Leadspace leadership team.

Leadspace’s rapid growth as an industry leader was recognized by customers and industry experts alike in 2016.

Perhaps most significantly from an operational point of view, in 2016 Leadspace was granted the ISO 27001 Certification - an internationally recognized standard for information security - and the

April 2016 also saw Gartner name Leadspace as a Cool Vendor for 2016 in the Tech Go-to-Market category.

Leadspace was further singled out by Owler as one of San Francisco’s top trending companies in their ecosystem (which includes more than 20,000 companies in total).

Equally notable are the successes Leadspace has helped drive for its many customers.

In April, Leadspace customer Microsoft was announced as the winner of the “Large Company ROI Award” by leading global B2B analyst firm Sirius Decisions, as part of its annual Return on Integration (ROI) Awards series. Microsoft was granted the award for strides the technology giant has made in the field of demand generation - in part due to its work with Leadspace. In accepting their award, Microsoft acknowledged Leadspace’s vital role.

At November’s Sirius Decision Tech Exchange, Hewlett Packard Enterprise (HPE) - another Leadspace customer - took the stage together with Leadspace, to talk about the groundbreaking work they are doing in the field of digital demand generation.

Concurrent to Leadspace’s rapid growth, in 2016 the company boosted its leadership team with a number of highly experienced B2B professionals.

Travis brings with him a wealth of experience and expertise in the SaaS and wider martech industry. He joined Leadspace from leading marketing automation provider Marketo, where he shaped the direction of B2B marketing technology. Sherrod is a seasoned customer success leader. Sherrod joined Leadspace from enterprise content performance marketing experts BrightEdge Technologies, where she led the enterprise customer success team, and played a critical role in shaping how the CS team engage with customers to drive positive business outcomes and ROI.

Michal brings her own high level of expertise and wide-ranging experience across a variety of tech companies and leadership positions in Israel and the US, among them serving as head of Thomson Reuters’ Israel branch.

Towards the end of 2016, Leadspace made yet another high-level addition, this time to its marketing team, as June Bower was hired to lead the company’s marketing efforts. A marketing leader with decades of experience, June has held senior marketing leadership positions in a number of startups, as well as in large tech companies including as Webex, Adobe, and Apple.

Leadspace’s strategic partnerships in 2016 reflect its role as a highly effective facilitator of account-based marketing (ABM), against the backdrop of continued interest in ABM within the B2B space.

Among Leadspace’s most significant partnerships is its burgeoning strategic partnership with marketing automation giant Marketo.

In August 2016, Leadspace was announced as a primary partner in Oracle Marketing Cloud - Bluekai's new B2B audience marketplace. Oracle’s audience marketplace takes B2B ad tech to the next level, enabling B2B marketers to make use of retargeting and cross-channel personalization of the sort previously available only to B2C marketers - but crucial to ABM. (Read more from Leadspace VP of Product for Demand Gen Report.) 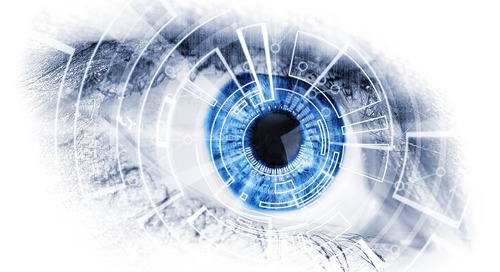 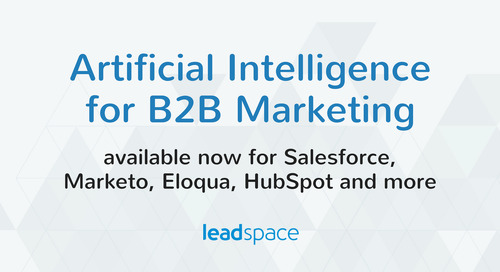 Leadspace is the first Predictive Analytics platform to provide predictive scores and intelligence inside a...

Leadspace Chalks Up Yet More Industry Recognition, While Doubling Customers in the Past Year 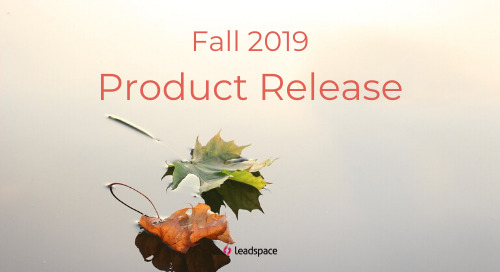 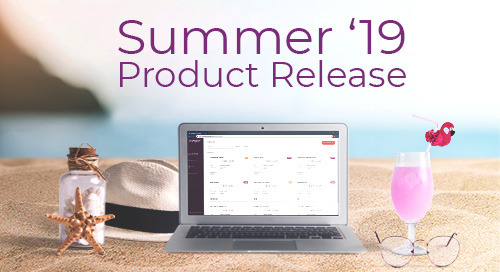 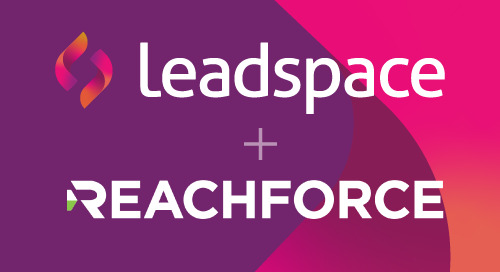 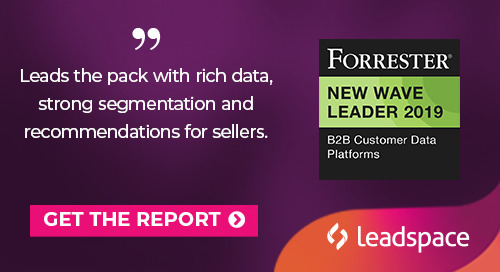 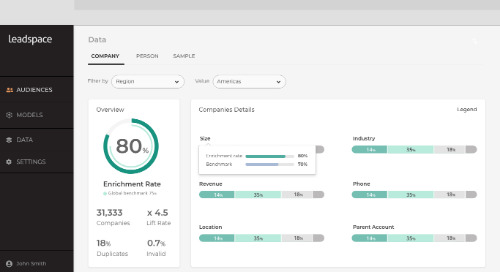 “Leadspace On-Demand” — a single control center that gives Sales and Marketing all the power to optimize, analyze, align and activate their data for more effective customer engagement. 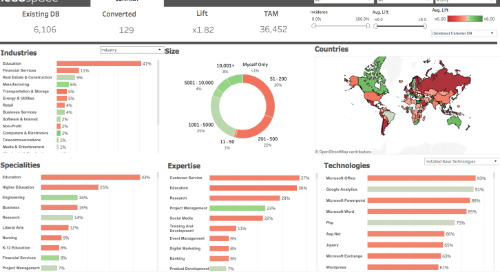 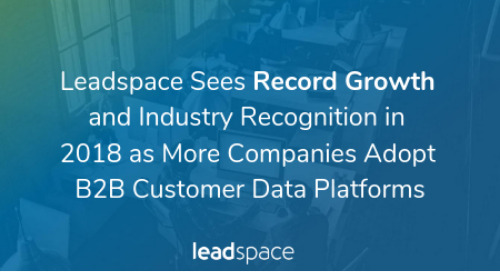 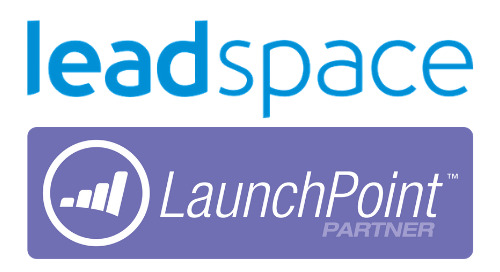 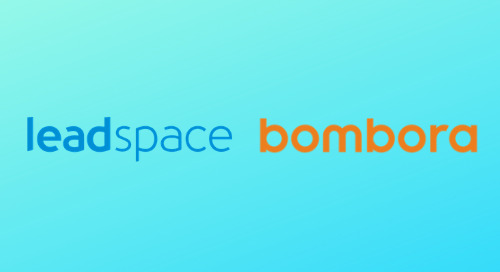 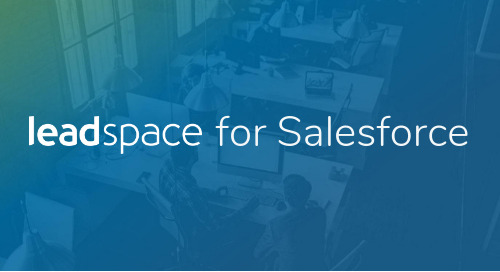 Leadspace today announced the launch of Leadspace for Salesforce, a new product to help B2B Sales teams find and convert their ideal customers. 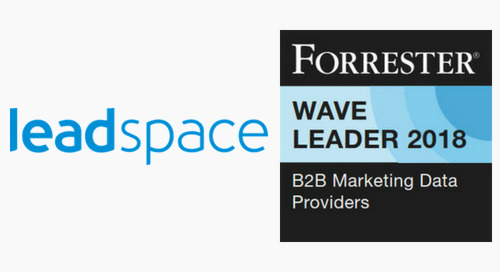 Leadspace, the first Audience Management Platform for B2B Sales and Marketing, has been designated by Forrester as a leader in its reports, The Forrester Wave™: B2B Marketing Data Providers, Q3 2018. 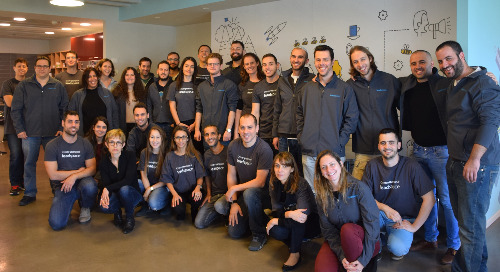 Series C funding of Leadspace, led by Arrowroot Capital and JVP, will support continued AI product leadership and customer growth in US and Israel. 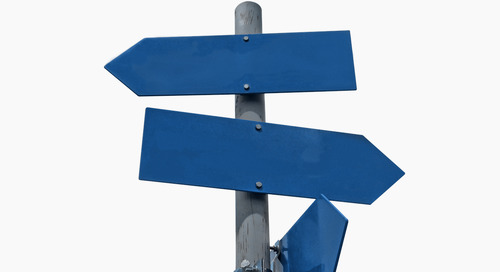 Recommendations by prominent B2B marketing and MarTech thought-leaders helps marketers get the most out of their technologies. Research sponsored by Leadspace. 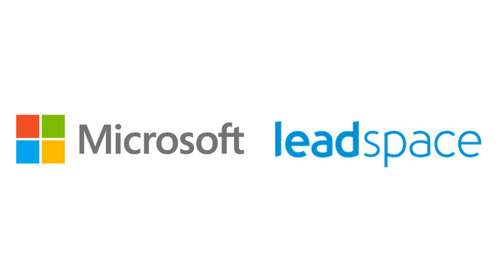 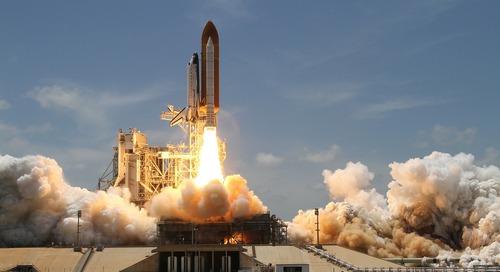 Leadspace is the first Predictive Analytics platform to provide predictive scores and intelligence inside a Salesforce panel. 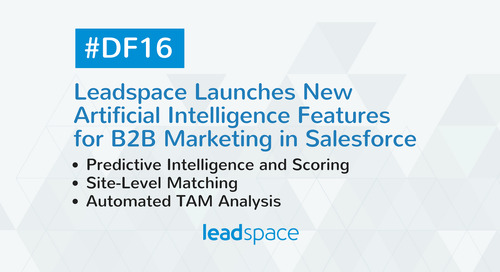 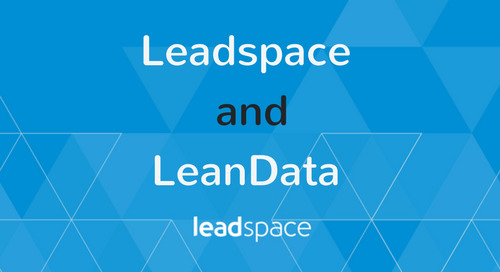